As the largest of all the South Shetland Island, King George is considered the gateway to Antarctica. At just 120 kilometres from the Antarctic Peninsula and the only airport in the South Shetlands, it is the connection between “real life” and “Antarctic life”. More than 10 different nations have year-round or summer-only scientific research stations on the island (considering that 90% of the island is covered by snow and ice, that is quite an achievement!). Maintaining a base on the island allows membership of the Antarctic Treaty. There is even a Russian Orthodox church, with a permanent on-site priest. The island might be home to a few international scientists, but they are very much outnumbered by the diverse wildlife that considers King George Island rightfully theirs. Adelie, Chinstrap and Gentoo Penguins all commute to and from the Antarctic peninsula from the island, while Weddell and leopard seals are regular visitors and can be spotted either in the water or on the shore. Naturally, this brings a huge amount of birdlife: skuas and southern giant petrels are regular summer residents, attracted by the warm climate (warm being a relative term, average temperature is between 1.5 and -6.5˚C). The island was named after King George III after British explorer discovered it in 1819. Since then the island has been claimed by both Chile (1940) and Argentina (1943), but remains part of British Antarctic Territory. 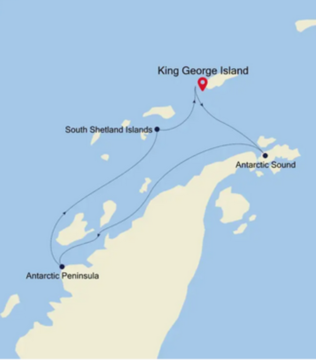 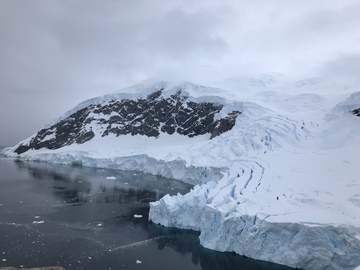